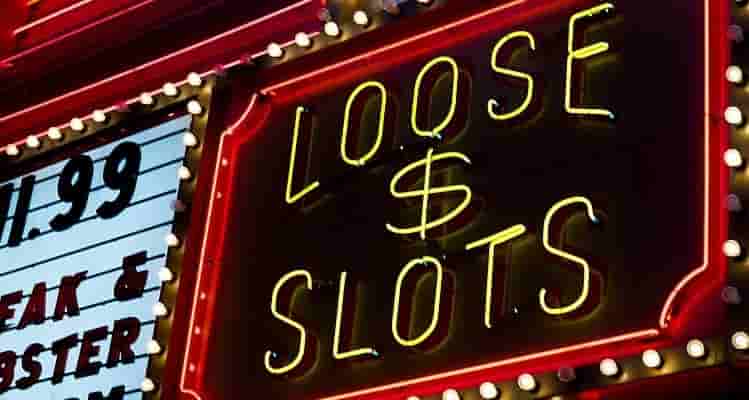 In fact, you're hoping that that machine is gonna pay, you back a thousand dollars. If you put in a one dollar bill, that's a 100 thousand percent payback, but that also means that, most of the time that machine is behaving more like it had a measly 10% payback or worse. So in reality, ninety percent payback it's just a theoretical number - that a machine reaches after something like go two hundred thousand to over 10 million spins depending upon the design of that game. So let's translate this fact to your plane. Experience on an average machine say with 1,000 spins or about one and a half hours of play.

You can expect that that machine is gonna behave as if it had a payback of about sixty percent to a 120 percent, and that means about a quarter of the time. You might actually come out ahead now with ten thousand spins, or I would say about fourteen hours of play, that payback is going to be roughly 81 percent to 99 percent, that's most of the time, and maybe one out of 70 times. You might actually come out ahead and if you play it, even a million spins well you're. Finally, gon na get to within about one percent, but that's going to take you about two months of solid play.

Okay, lesson two: what are typical slot machine paybacks? Well, slot machines usually can be set to one of several payback percentage settings. These settings usually come in steps of between one and two percent. In payback, typical payback ranges are from about 85 % to 95 %. The slot machines payback setting is done by either the casino or the slot machine manufacturer.

Now, here are a few examples of some somewhat recent games in terms of what their payback. Sayings can be Aristocrat's The Walking Dead could be set between 88 and a half to about ninety three and a half percent, and payback Konami's Flying Fortune is between 85 and 96 percent. Bally's Titanic just between 85 and 88 percent and IGT's Sphinx 3d is 86 to 82 percent. But their Mega Box is pretty much set at just 86 percent and finally, Jackpot Inferno can be set between 85 and 98 percent. Now many states, including the bateau, allow slot machines to be set as low as 75 percent payback, but you'll note that most machines can't even be set that low.

If you know how to decode them so, for example, a jacks or better type of poker machine, which offers a payback of nine for a full house and six for a flush, just payback of 99.5 percent, if the payback table says it gives you eight for a Full house and five for a flush that payback percentage is going to be ninety seven point three percent now at the bottom, and if it gives you only six for a full house and fire for a flush that payback is going to be 95 percent. One note of caution: this assumes that you're going to be playing that poker game perfectly and the casinos are counting on you to make a whole bunch of different mistakes, so your actual payback percentage might be a lot lower.

Okay, now for lesson three: what are some of the clues you might look for to figure out whether a slot machine has a good or a bad payback percentage?

Well, the first clue is whether or not that slot machine has the potential for a huge win. Like moths to a flame many players are drawn to slot machines that offer huge potential prizes, they're often willing to throw caution to the wind just because they might be that lucky. One slot machines with huge progressives like mega buck games are a prime example. Note that earlier I said, such games paid only 86 percent payback on the average state lotteries like Powerball or another example. The payback percentage on these games are really low unless you happen to be that one lucky player, another type of game to look out for are the ones with high volatility. These are games that have the potential for huge wins.

If all the reels line up just right, but most of the time you only get tiny wins or bus people say that such games have potential, and the industry calls these Core Games, because they're aimed at gamblers willing to take a risk. Now, if you're, a casual player know that such games have long dry spells and even if the machine might have a good payback percentage, your experience is more likely to be during one of those long dry spells so you're going to feel like you're playing a game with low payback percentage, another kind of clue to look for is what I call razzle dazzle or as Texans like to say, big hat no cattle, one type of razzle dazzle game are the licensed games and they're fairly easy to spot. They almost always have lower payback percentages, a licensed game usually features a movie or a TV show music group or singer. Some kind of celebrity or famous brand loyalty is paid to these big names and the royalty cuts into your payback percentage. These games are almost always least, which is a risk and revenue sharing arrangement between the slot manufacturer and the casino, and this arrangement also tends to lower the payback percentages that you get. These games often have big progressives, and I've already talked about that so play these games for fun, not necessarily for profit and another type of razzle-dazzle game are the ones that come in big cabinets and big displays.

Those things are expensive and someone has to pay for them and that might as well be you the player, and that comes out of your pay back percentage. Another clue to think about is location. If a casinos customers don't have a convenient alternative, but casino is said to have a captured market, casinos with captured players can afford to lower the payback percentages, isolated casinos with no real competition nearby or one example, and most casinos fall into this category. There are also casinos with strong loyalty programs that keep the big players coming back for comms, such as free rooms, etc. These tend to be connected to major chains with player cards that work with multiple casinos, such as Caesars, total rewards and MGM's and life.

The competition is the flip side if a casino feels a need to attract players from nearby competitors. One way that they might try to do so is offer better payback percentages. For example, casinos along the boulder highway in the Vegas area have a better payback percentage. On average than the big casinos on the main Vegas strip in Northern California, the opening of a big new casino and was then closest one to San Francisco, prompted to nearby casinos to create some 95 % payback zones. But the biggest example might be Reno to attract players from California and Vegas casinos. Rio has some of the best payback percentages in the nation.

Another form of location can be seen in online casinos. Competition for online casinos is even fiercer because alternatives are just one click away as such online slots typically have the best paid back percentages, and they also tell you what those payback percentages are.

What's the big deal between a 95 percent slot machine and an 85 percent payback slot machine, the only a difference of 10 %? But if you look at it from the casinos view, these two machines have a whole percentage of 5 % and 15 %. The machine with the 15 % hold tends to take your money three times faster than the 5 % hold machine and that's a big difference. Here's another secret, occasionally you'll see a casino advertise that their slots are 30% looser.

Does that mean that their thoughts have a payback of 90 percent, while the competition's payback is 60%, of course, that the casino is basing their claim on hold percentages? So, for example, say the competitions slots, average 90 % payback that's a hold of 10 %, 30 % of that is 3 %, and that means the looser casinos hold is 7 %, we're an average payback of 93 percent. Now, that's that's still a significant difference.

Okay! Lesson five: how does the payback percentage impact your bankroll and can you feel the difference?

Well, let's assume that you're playing an average non progressive, 5real slot machine. Now? How long might your $ 200 bankroll last, if you were betting $ 1 - a spin? Well, if you are playing a ninety, five percent payback slot machine, your bankroll might last about oh five and a half hours, but one out of four visits you might last just only over two hours or less and after seven hours of play in one out of Twenty visits, you might actually be ahead almost $ 400, but let's take an average Nevada penny machine with a 90 % pay back. Your bankroll might last just under three hours on average and one out of four visits. Your $ 200 might last barely an hour and a half and that lucky one out of twenty visit.

So I end this lesson with the much debated question in the casino industry and amongst us slot machine players, can you really tell the difference between loose machines and tape? Machines? Hmm, my answer is yes, the following conditions: you'll tend to notice the differences the most. If you compare apples to apples over multiple trips to the casino, for example, if you tend to always play a certain number of hours each visit - and you tend to always play the same types of machines now you'll tend to notice the difference between casinos. By how much money is left in your bankroll after these visits, you'll tend to have less money left after visiting tight casinos and more money after visiting loose casinos, there is, of course, randomness and so you'll always find exceptions. Okay, I end this talk with one final pointer for finding those loose slot machines.

The first thing I do is look to see if the casino I'm visiting has video poker since the pay tables are always shown. You can compare these tables to some internet sites, like The Wizard of odds to see how tight the video poker machines are for consistency. I always use the 25 cent denomination if the video poker machines are tight, there's a greater chance that the regular slot machines are going to be tight too well. I hope you enjoyed this talk. If you have any questions, let me know and good luck to you out there. Thank you for watching.