82.9
Affiliate Sites Index Based on 8 reviews
66.7
Users Score Based on 3 reviews

Verified Casinos to play this Slot 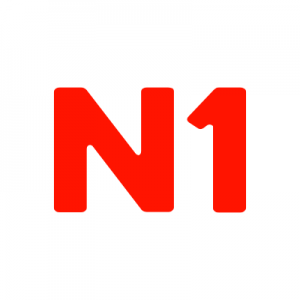 The Index is currently based on 7 authority critics Reviews with scores.

Turning Totems casino game position with Best Slots Ranking changed over the last week from Top 544 in General rankings table to Top 70 in Rankings of slots that have 7 or more scores.

The main reasons of Index change is addition of new critics reviews: Luckymobileslots Turning Totems review with a score of 100 was added, which resulted in 3.00 points.

❓ What is the RTP of Turning Totems?

✅ Turning Totems offers players a higher than average RTP of 96.1%. However, this is a theoretical figure only.

❓ What are the Turning Totems Game Features?

❓Who created the Turning Totems slot?

✅ Turning Totems is one of the most widely known slots from Thunderkick. It is a part of magnificent collection of classic from Thunderkick casino slots that you can try online right now.

❓Does Turning Totems have free spins?

✅ Free spin feature data are not available. You can ask the other players by clicking Sign-up button, and adding your Questiong, Comment to Turning Totems game page.

❓Can I play Turning Totems for real money?

✅ You can play Turning Totems for real money in almost all major online casinos, as it is an well known Thunderkick slot. Check out our proposed casino to help you choose the right.

❓ Where to play Turning Totems?

❓ How do I play Turning Totems on mobile?

✅ You can easily access the Turning Totems mobile game through a casino’s mobile-friendly site. On your mobile or tablet, just use the browser, visit the casino's site and register.

Don't let the simplicity of the bonus games put you off; most pay both ways slots tend to be simple; just look at the Starburst game for example.And whilst you do end up just looking for those purple snakes on the reels, eagerly anticipating a storm of wins, you'll be surprised at how quickly you find yourself spinning 100 spins on this game on mobile.One of those casino games you can quickly lose yourself in, thanks to the action and genuinely good graphics; up there with our other favourite Thunderkick game Esqueleto Explosivo. ...

Spinning totem spirits and thunder snakes, make it rain Chief! Join a friendly Indian Chef, help him bring the rain and he will reward you with huge prizes in “Turning Totems” slot! ...

The wild symbol in Turning Totems 11 payline video slot delivered by Thunderkick is the Falcon, seen in two versions the docile Falcon and the alert Falcon. The Falcon comes to life if you find a Thunder Snake, turning the reels into Thunder reels see more in our review. ...

Colorful, stacked creatures made out of wood are the focus of this slot game from Thunderkick. The game is made up of 5 totems for its reels, and 11 paylines. It also boasts a variety of added features, including, sleeping wilds, and bonus game. ...

Play Turning Totems online slot with the best casino bonuses around and read the slot review to compare and maximise you winnings, only at JohnSlots! ...

The best win I've gotten so far was only 39x my bet amount, but I did get a 109x win in the fun mode, which should be possible to get in the real money mode too. Overall, Turning Totems can be a good game to play, but Thunderkick designers are still moving too cautiously and not living dangerously enough, as I've already said a few times before this. Being cautious all the time would not get them to the Top Spot, that's for sure!

Also, the animation that goes with their slots are some of the best I have seen.

The thunder snake symbol act as wild and when landing on any reel it grants a re-spin. During the re-spin all sleeping wilds symbols turning into wilds on the thunder reel. The thunder symbol also acts as scatter symbols which means if you land 3 of them anywhere on the reels the bonus game is triggered, which also means you do not get a re-spin. Re-spins only occurs when 1 or 2 thunder snake scatter/wild symbols land on the reels and to get another scatter symbol to access the bonus feature. Sleeping wilds act as normal symbol if not on a thunder reel and are the lowest paying symbol.

I like this slot and it seems like a nice slot for wagering purposes as well. I have had many big wins on average between 120 – 180 my stake. Biggest win was just over x300 my bet. Thunderkick really made an impression with this slot and so are they evolving with all their other latest releases. I think you can rate this slot from medium to high variance slot because you can have dead spins all the time eating your balance like a piece of cake.

Hmm, at first I was thinking, "what...turning into totem poles now, is it?" Nah, I was wrong. The title was referring to the symbols turning on the reels instead. Well, I must admit again, that Thunderkick is coming up with new interesting ideas lately. Their newer games play differently from all others, quite innovative in some ways, although still 'borrowing' one or two things from some other games. Ah well, nothing can be absolutely new anyway, so a bit of borrowing is still okay with me, as long as it isn't cloning.

The first thing you'll notice is that the symbols don't spin from up to down as the usual case. The symbols in this game spin around left to right on each position on the reels, stopping one reel at a time, from left to right reels. Hmm, an interesting change of visual impact, I must admit. Nothing complicated at all, and it doesn't confuse either, which is good. Typically of all Thunderkick games, the minimum starting bet per spin is maintained at $0.10, so anyone and everyone wouldn't have valid reasons not to try out this new game. The only thing I found lacking is in the number of paylines - only 11 of them, which reduces a lot of winning chances, but still better than 9 or 10 paylines. All wins are paid both ways, left-to-right and right-to-left, as expected.

I was very eager to find out how this Turning Totems would play and pay, although I could already imagine that it wouldn't and couldn't pay big. Nonetheless, I tried it out in the fun mode first, completing about 2000 spins or so, before playing it with real money. Well, the game doesn't play as badly as Sunset Delight, for example, and a fairly good play time can be had most of the time. The Thunder Snake symbol would come quite often too, but the transformed Thunder Reels themselves do not always pay, because not every time there'll be Wild symbols on that reel, and this was disappointing for me on many occasions. A guaranteed Wild symbol on every Thunder Reel would definitely be much better, with more winning possibilities.

BIG WIN On this game Machine